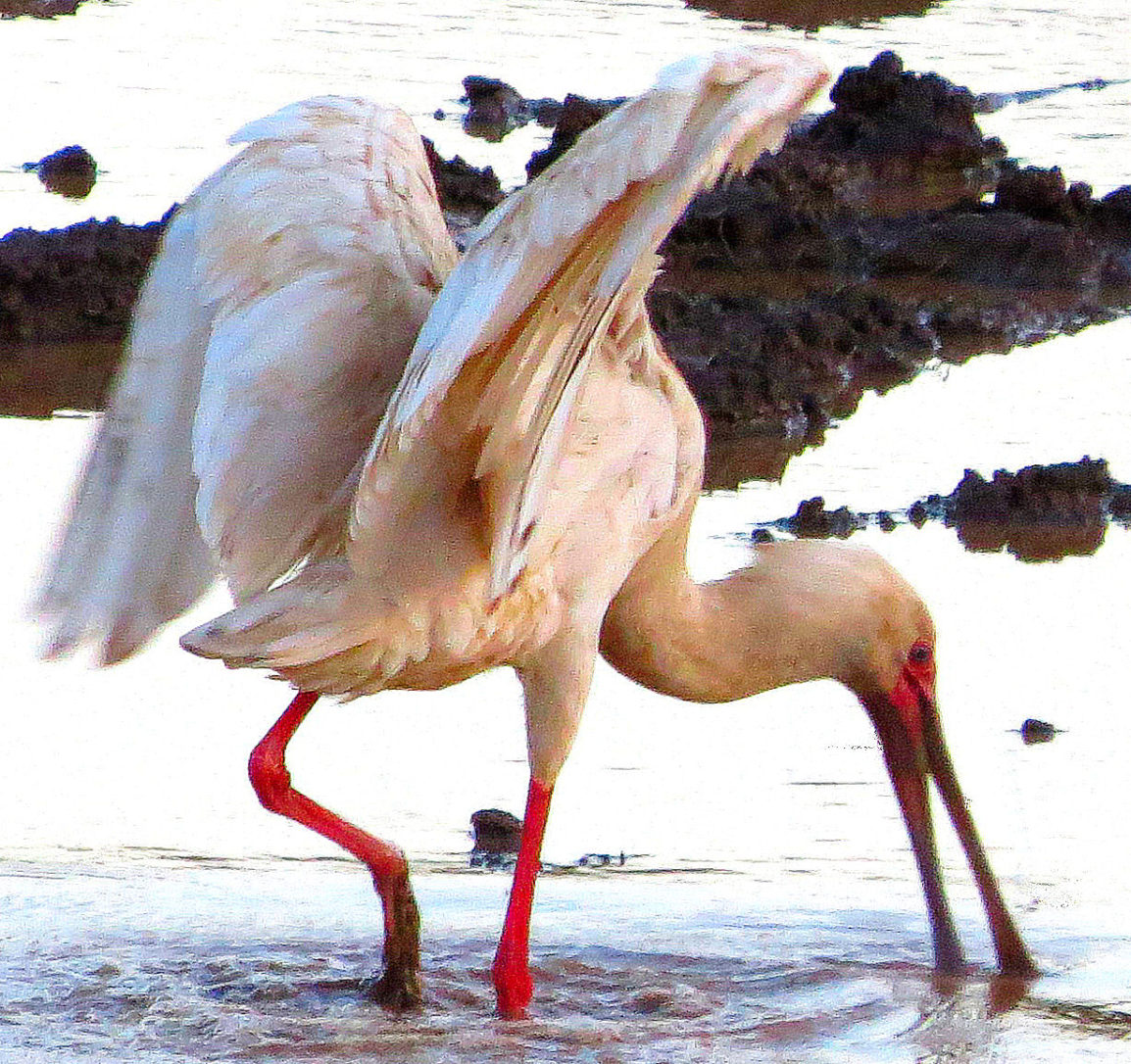 With welcomed new rainfall we saw this spoonbill that had just landed – luckily finding at last some water in Hluhluwe Park from the latest rains. 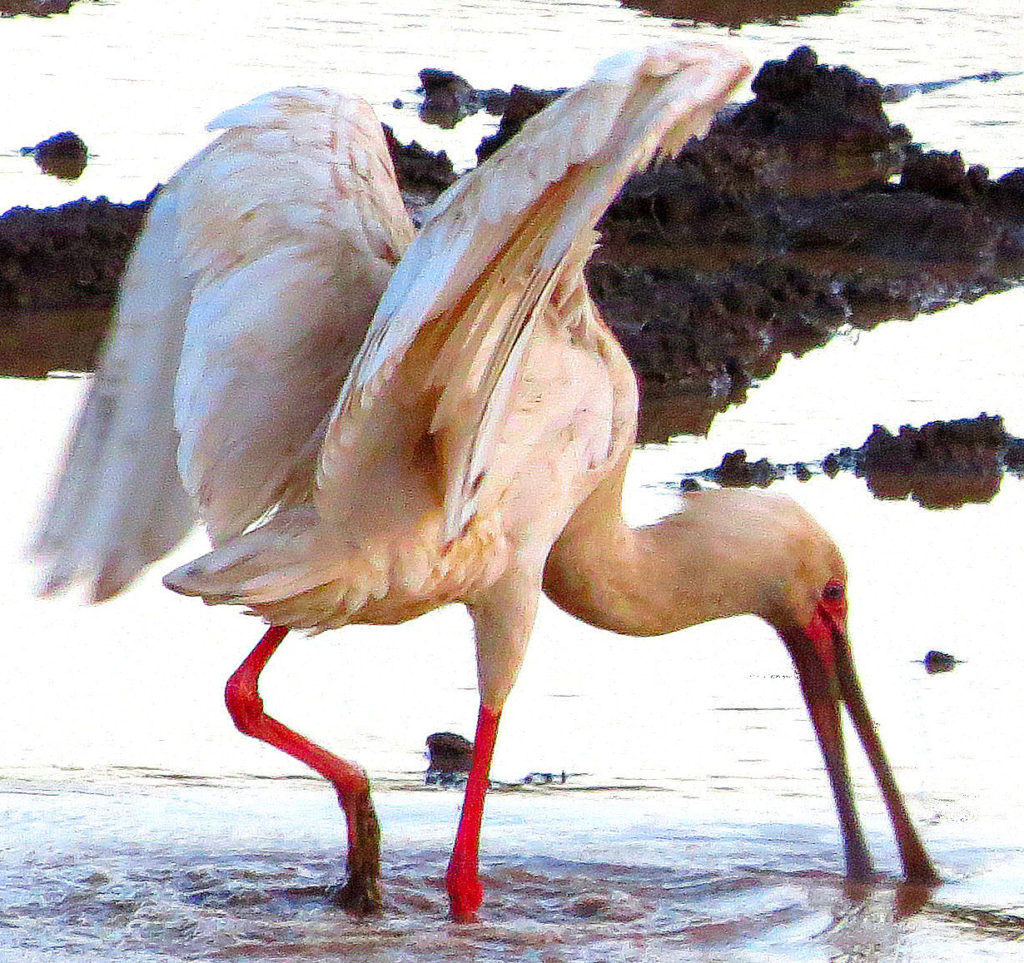 Spoonbills feed by swaying their flat spoon shaped beaks from side to side in shallow water and mud to capture small fish and amphibians. Spoonbills need to feed for several hours a day. They are found in both fresh and salt water environments and thus occur in various habitats in our Elephant Coast region. With the recent rains in Hluhluwe Park, many bird species have found renewed feeding grounds in the wetlands and rivers.

It is not only the larger mammals that need water but also a huge number of diverse species that critically rely on sufficient water in the rivers, estuaries and lakes and other wetlands for survival. Our Elephant Coast’s biodiversity can only survive if our water resources are wisely managed.