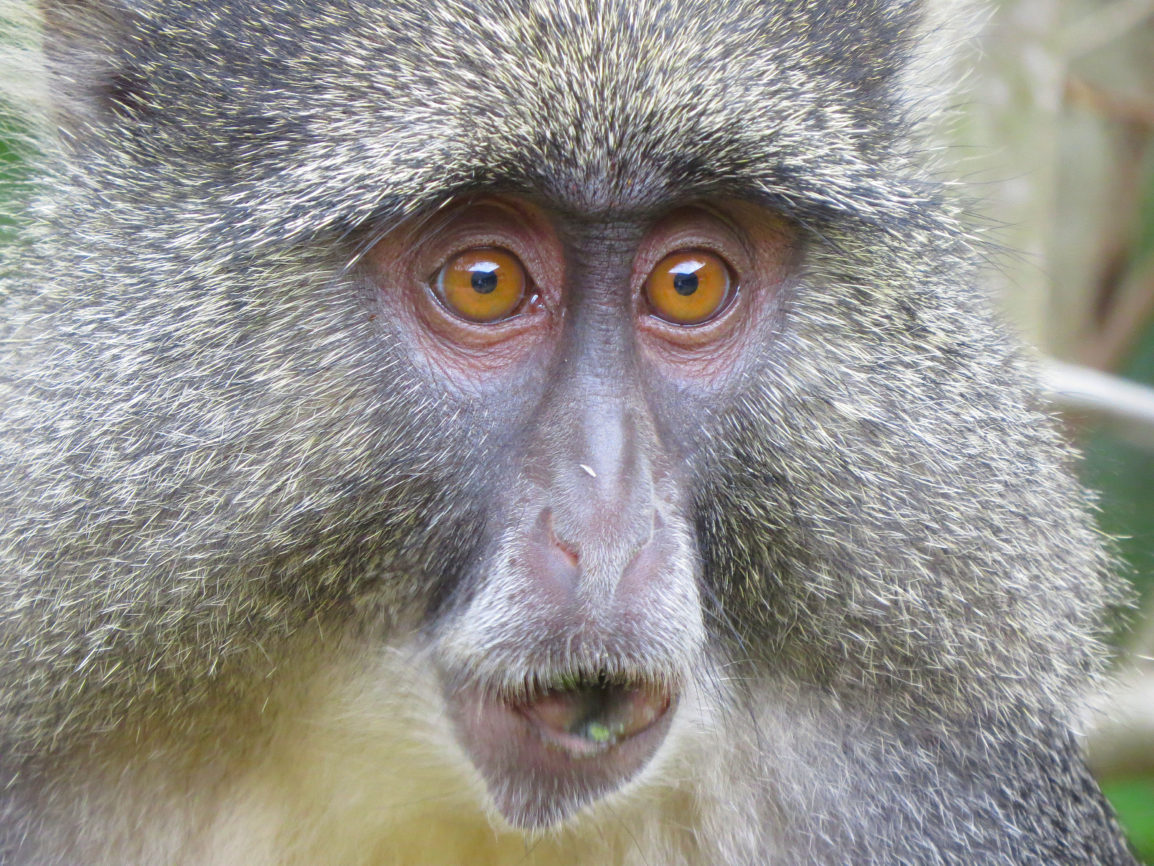 We photographed this beautiful samango monkey during his feasting time on the fruit from a duiker berry tree at Hluhluwe Park. His whole troop joined in the feast. These monkeys are different to the more common vervet monkey and are quite rare in south Africa where they occur mostly in the coastal belt forests including St. Lucia areas. How ever they do not occur at False Bay as it is assumed that the sand forest habitat in this area is too dry for the requirements of samango monkeys. They also are found in the Afro-montane forests in some of the inland areas such as Mpumalanga. 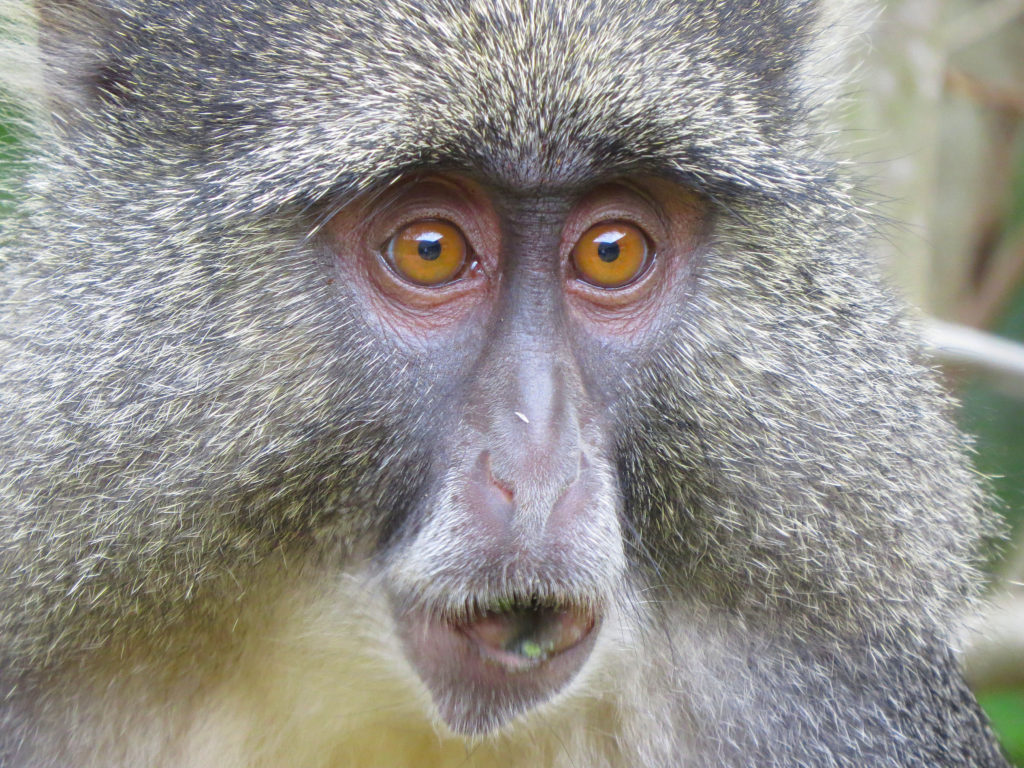 As samango monkeys are often seen at Hilltop Camp our guests are likely to see them during one of the game drives with Leopard Walk Lodge.