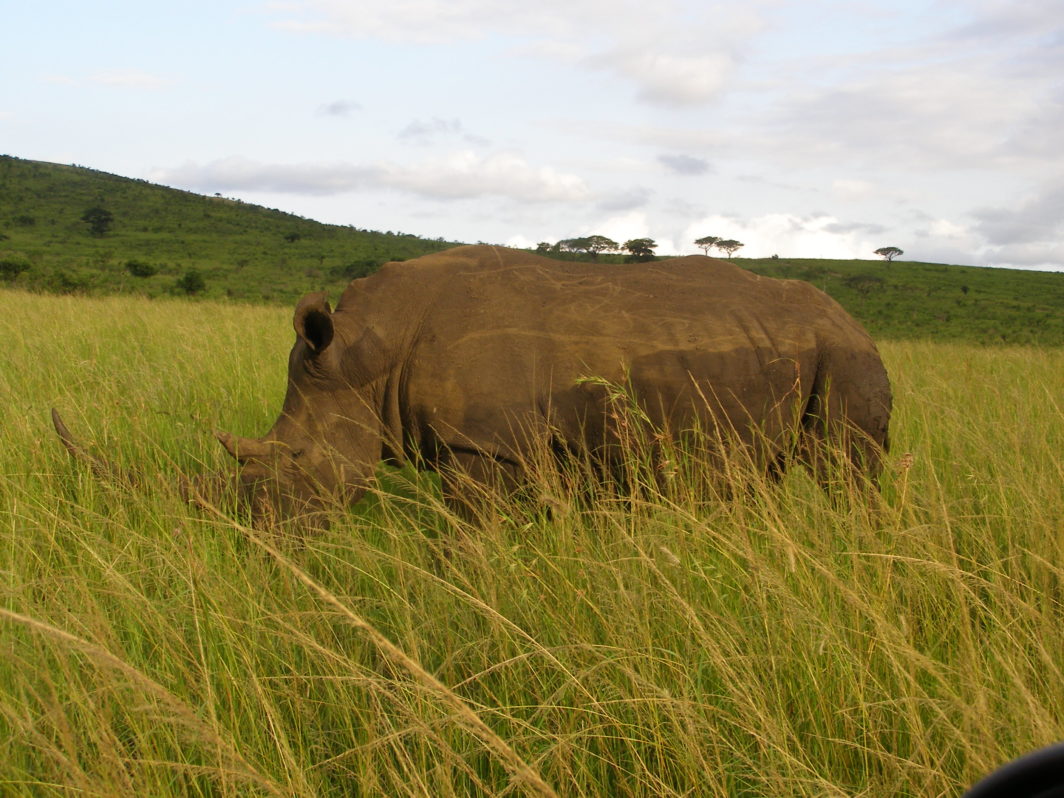 The white rhino is a grazer unlike the only other protected South African species of rhino that is known as the black rhino. This beautiful rhino’s magnificent horn is hidden by the long grass. 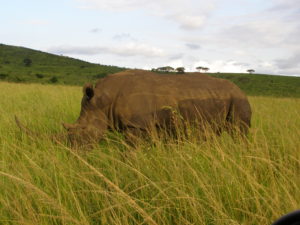 The white rhino is not named after its colour although it does enjoy wallowing in mud and it is thought that this may have been one of the reasons for it being named “white rhino” There has been a huge impact on rhino species worldwide but our area still has numerous herds that are to be seen on game drives in the Zululand Elephant Coast environs. Generally the white rhino is a docile animal. Many millions of people throughout the world are doing all they can to protect this endangered species.

Generally it grazes away from the black rhino species as they are browsers and they do not frequent grasslands as readily as the white rhino would do.