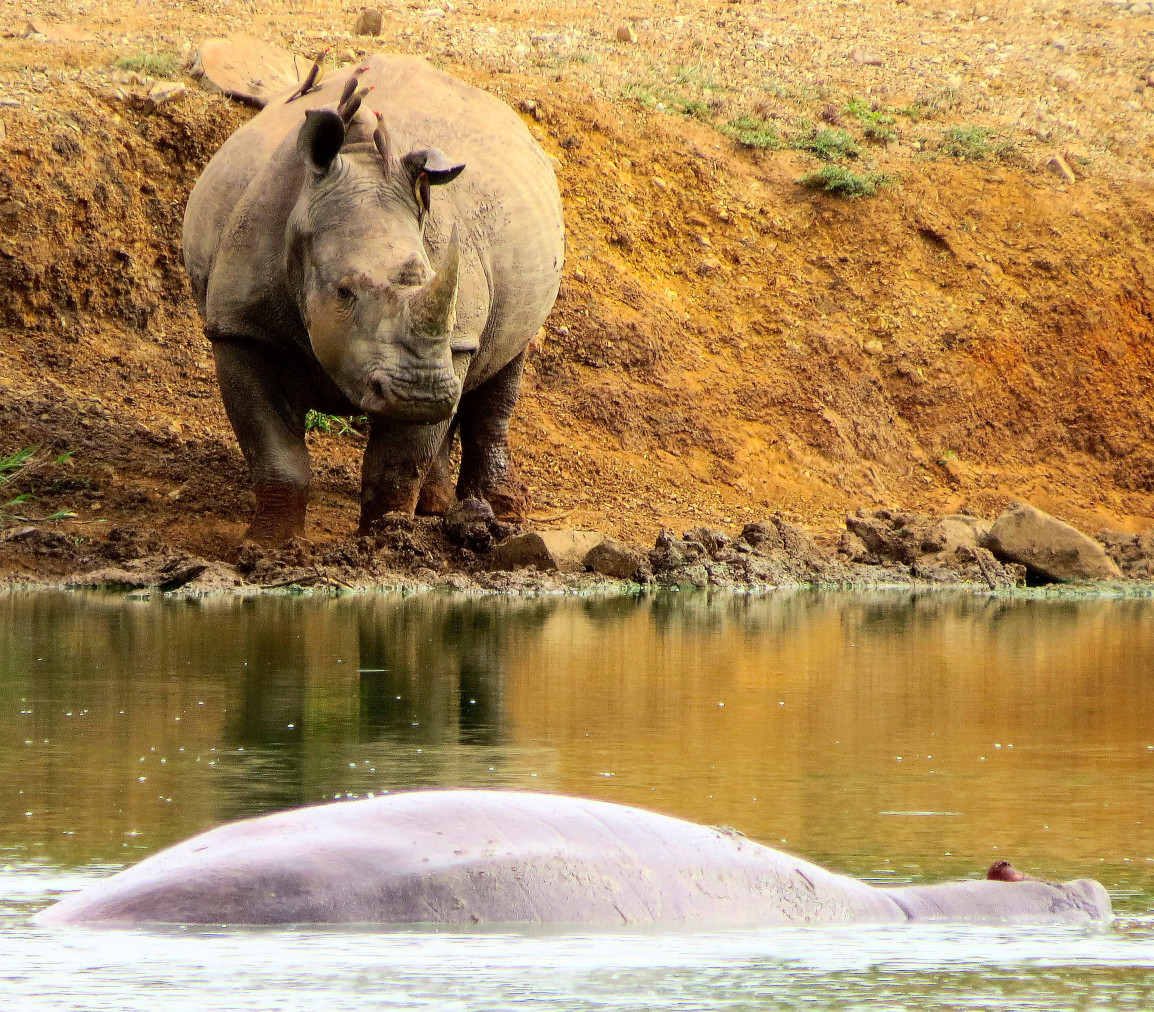 Rhino and hippo often use the same water source in the Elephant Coast and it is inevitable that they will have close encounters with one another.

It has been reported that skirmishes have occurred but that hippo seem to win the fight for territory with rhino backing off. However others have observed that at times they tolerate and perhaps even befriend each other. This rhino seemed to be communicating with the nearby hippo at a waterhole. 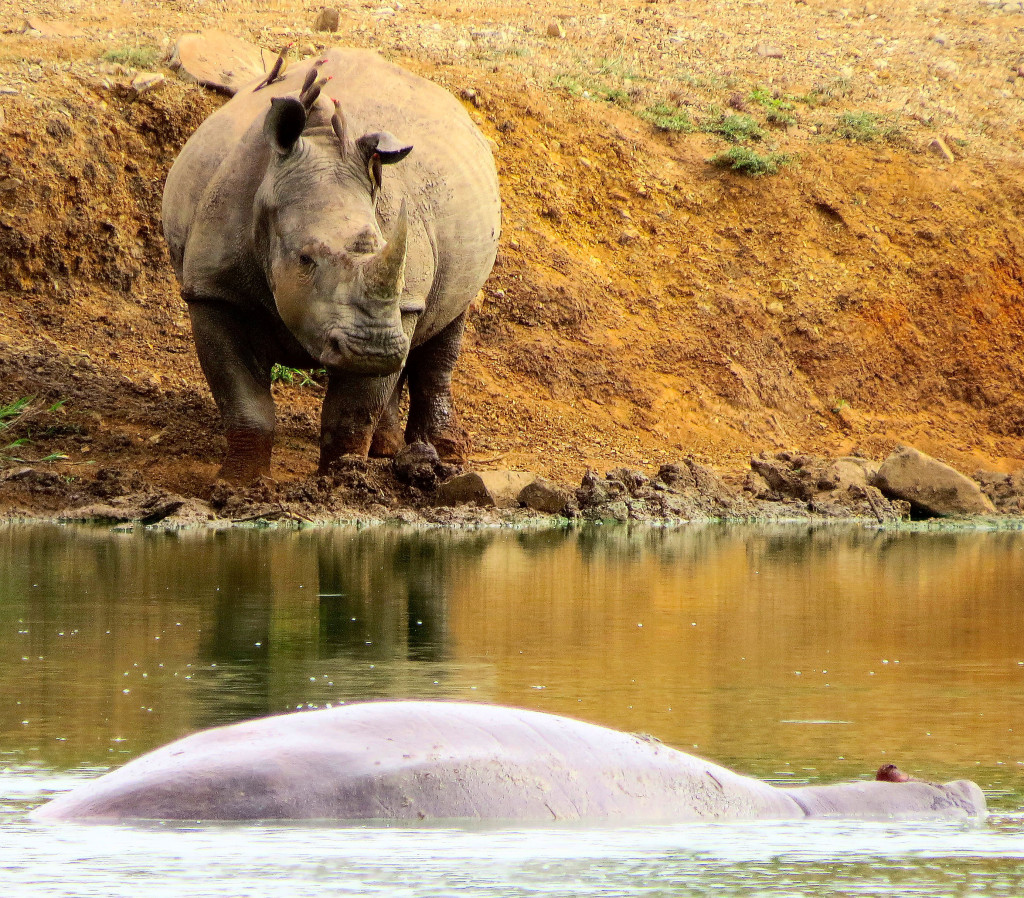