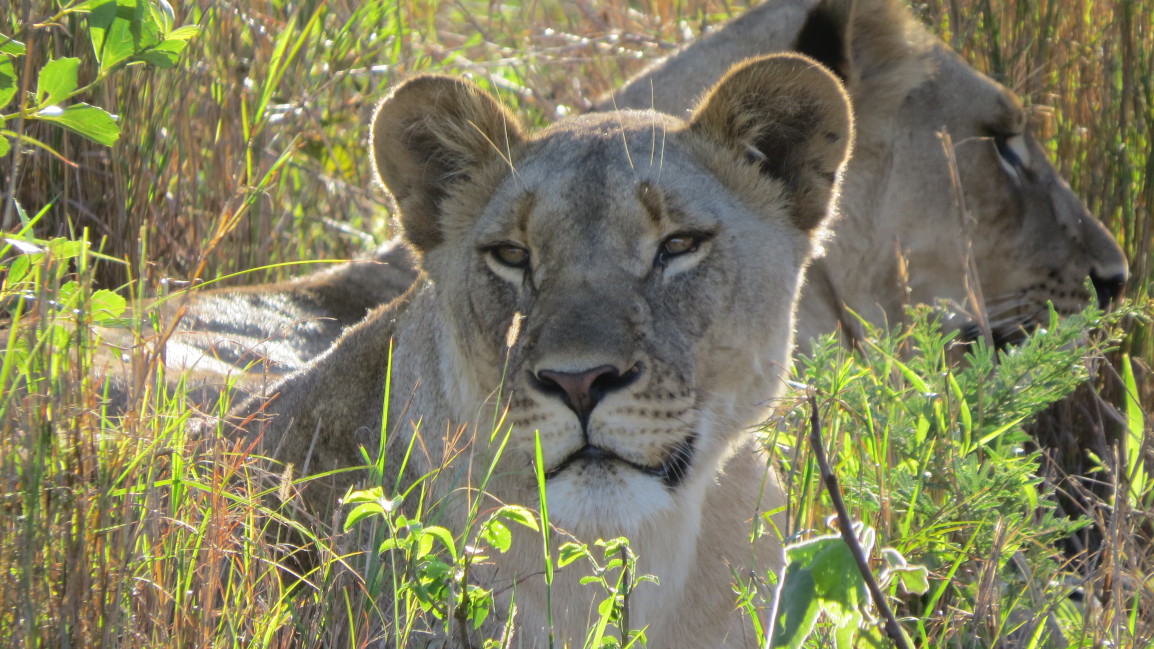 Enjoy regular photographic encounters with Lion. Since lion returned to Zululand, they have now increased in number. Our guests enjoy excellent photographic opportunities to capture the majesty of these cats in our Big Five Safari Game Drives. 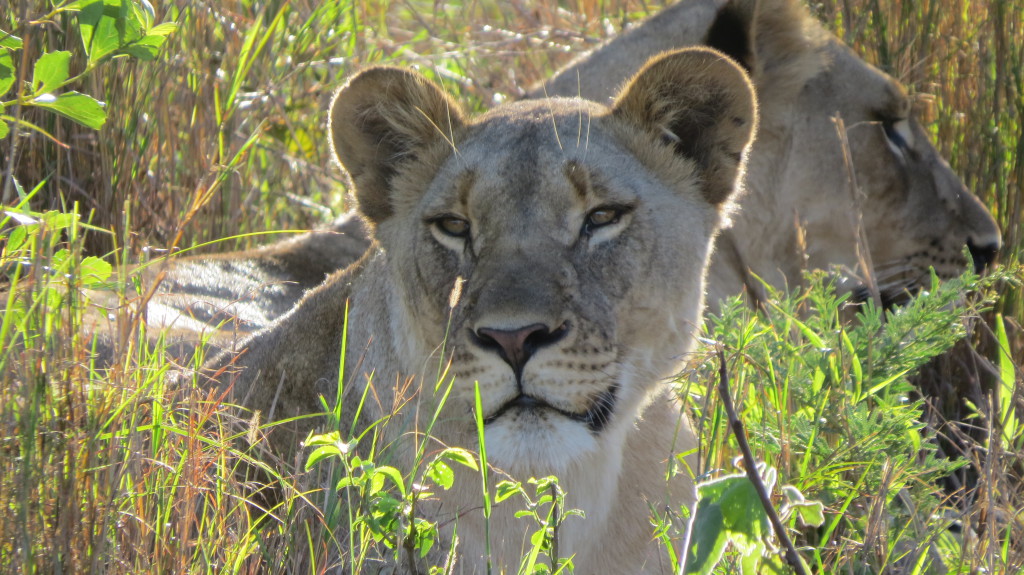 Lion had become extinct in Zululand due to the massive destruction of wildlife by the South African Government. Farmers who hoped to halt the spread of Nagana disease believed to be carried from wildlife to the newly introduced cattle in Zululand. A lone lion named “Nkozi” traveled down from North past the mudflats of False Bay and eventually reached Umfolozi Park. After Nkozi arrived the Park’s Rangers took it into their own hands to secretly re -introduce a family of female lion into the reserve for Nkozi.

Today lion have spread throughout a number of Zululand Reserves. The protection of these reserves and the lion’s habitat is critical to the survival of the regions abundant wildlife. Today politicians acknowledge that they are custodians of the some of the most priceless natural asset on the Planet.